Visakhapatnam is the City of Destiny

Imagine a place where North India meets South India on the east coast imagine a place where the Bay of Bengal touches the feet of majestic Eastern Ghats a place where industrial advancement and agricultural development go hand in hand, where all the religions live in a peaceful atmosphere of Communal harmony.

Welcome to that land of destiny. Welcome to Visakhapatnam.

Historically ancient and culturally rich, Visakhapatnam is on the list of cities fast growing in the world.

Visakhapatnam happened to be a part of Kalingadesha in ancient India.  The Coastal belt stretching from Mahanadi (Odisha) to Godavari (Andhra) is called Kalinga.  Historically Kalinga was ruled by Nandas, Mouryas, Gupthas from North, Sathavahanas,EasternChalukyas from south from time-to-time.  But locally Eastern Ganga  orKalinga- Gangakings ruled this Kalinga territory from 5th Century to 15th Century AD for more than thousand years with  their capitals at Danthapuri and Srimukhalingam (NagariKatakam) of Srikakulam District, who contributed immensely to the cultural heritage of these parts.  But the City Visakhapatnam is of recent origin.  Much of its history started with colonial rule. Same historians attribute that its name is derived from a king VisakhaVarma who ruled these parts in 5th Century.Even during Nizam rule the first SubedarShermahamad Khan ruled this region from ShermahammadPuram as his Capital around 17th Century.  The Capital of northern Circars happened to be Chicacole (Srikakulam).Simhachalam, Bhogapuram, Yelamanchili, Vaddadi, Sringavarapukota, Lakkavarapukota (Lakumavarapukota) Alamanda, Pisthapuram, Devarashtra (Devada), Potnuru, Padmanabham are some historical villages in the area.

The representatives of the East India Company identified the strategic geographical importance of Visakhapatnam and started to develop their trade and commerce from this coastal town from 1683.  Slow development then started with Kotaveedhinow shaped the city into fastest growing cities in the globe within a short span of two to three centuries.  It was the military headquarters of the East India Company right from 1803.Even before 70 yearsof the first war of Independence, Visakhapatnam witnessed sepoys revolt against East India Companiy’s rule when proposed to send the army to support the company during revolt of Tippu Sultan in the south.

During 1803 the Visakhapatnam District was formed with Hon’bleL.G.Keith Murray as the first Collector of the District.

The fastest growing city Visakhapatnam is the industrial and commercial capital of Andhra Pradesh which is also popular as cultural capital.  Major port, steel facing, BHPV, Zinc and other industries generate employment.  Simhachalam, Kailasagiri, Beach resorts Eastern Ghats, Red sand dunes, Buddhist sites like Thotlakonda, Bojjanna (Buddanna) KondaSanghamam (Sankaram) and some other Sites of ancient historical and cultural heritage attract thousands of Pilgrims and tourists throughout the year.  The lyrical beauty of nature, the exquisite architecture of the royal buildings of Jayapur, Kurupam, Dasapalla and like are special attractions.

Once a small fishermen village is now a cosmopolitan city of peace and tranquility.  Let us wish that the city witnesses more and more advance ment in all spheres, and becomes a jewel in the necklace of mother India

The Visakhapatnam District is the important district in North Coast of Andhra Pradesh and extended in an extent of 11,161 Square Kilometers. It lays between 170-15' and 180-32' Northern Latitude and 810-54' and 830-30' in Eastern Longitude. It is bounded on the North partly by the Orissa State and partly by Vizianagaram District, on the South by East Godavari District, on the West by Orissa State and on the East by Bay of Bengal. The total population of Visakhapatnam District including Visakhapatnam City is 37,89,823 as per 2001 census. 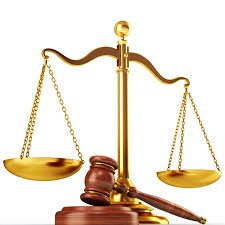